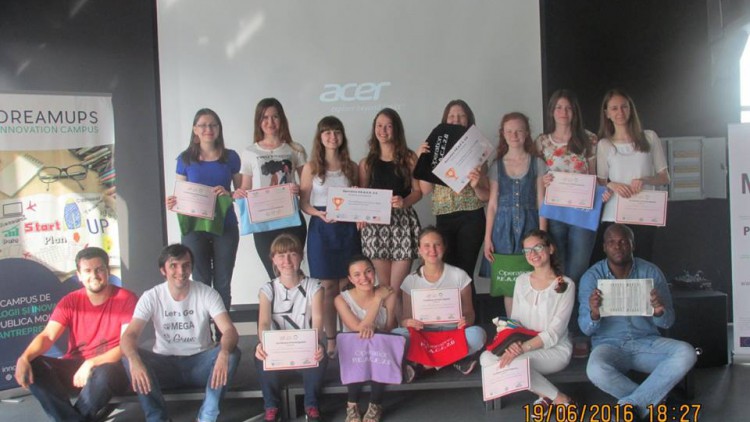 Last weekend the project “Operation P.E.A.C.E. 2.0” came to its finals. During the entire last week three teams had been developing alfa-versions of games “Buddies” and “Hidden Treasure”, based on the topic of conflict resolution. In the nearby future the girls will develop the beta versions.

By the end of Hackathon each team had 10 minutes to present how their games work. Then girls received questions and feedback from the jury consisting of experienced IT and game developers.

The first place took the team RED BIRD. Diana Marusic, the leader of the team said: “Frankly to say, we didn’t expect that we’ll take the main prize; all teams were really good and their ideas and realizations… I am very happy that I got acquainted with the new people with whom you can work, who want to change something to good, with whom it’s interesting to work because they are enthusiastic”.

Alexandra Stratu, leader of the BLUETEES team, which took 2nd place said, “I have the most wonderful impressions. I have never participated in such kind of event. I hope that similar events with the same trainers and with the same wonderful persons which I met will be organized in the future”.

“Firstly I want to thank the organizators, who offered us such a possibility to learn and to meet girls who also want to discover the IT world. In these two weeks, we worked hard to create our game. This period was exceptional, because we became friends with all the girls. Even if we did not take what we wanted, we are thankful for what we have. We are happy that we obtained experience, which is the most important”, said Adriana 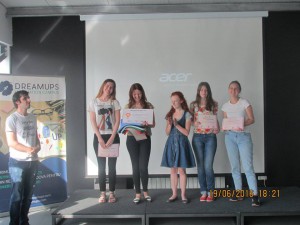 Terman from the MINDUP team, which took the 3rd place.

Abayomi Ogundipe, co-founder of TEKEDU: “The key criteria of judging were how developed the prototype of the game was and how it corresponded to the objective of conflict resolution program. The second criterion was the technical quality – how it was developed, and the third criteria was the quality of presentation”. As Abayomi thinks, the importance of gamification is to make people develop critical thinking. “Gamification is about moving from one point to another”, said Abayomi.

The participating teams, who created the best online versions of social board games, were given awards. The first place got 300 USD for the team, the second place received 100 USD, while the third one brought computer accessories to the team members.

“Operation P.E.A.C.E. 2.0” was organized by MEGA in cooperation with Girls Go IT under the supervision of the American Councils for International Education. It was sponsored by the U.S. Department of State, English Language Innovation Fund. 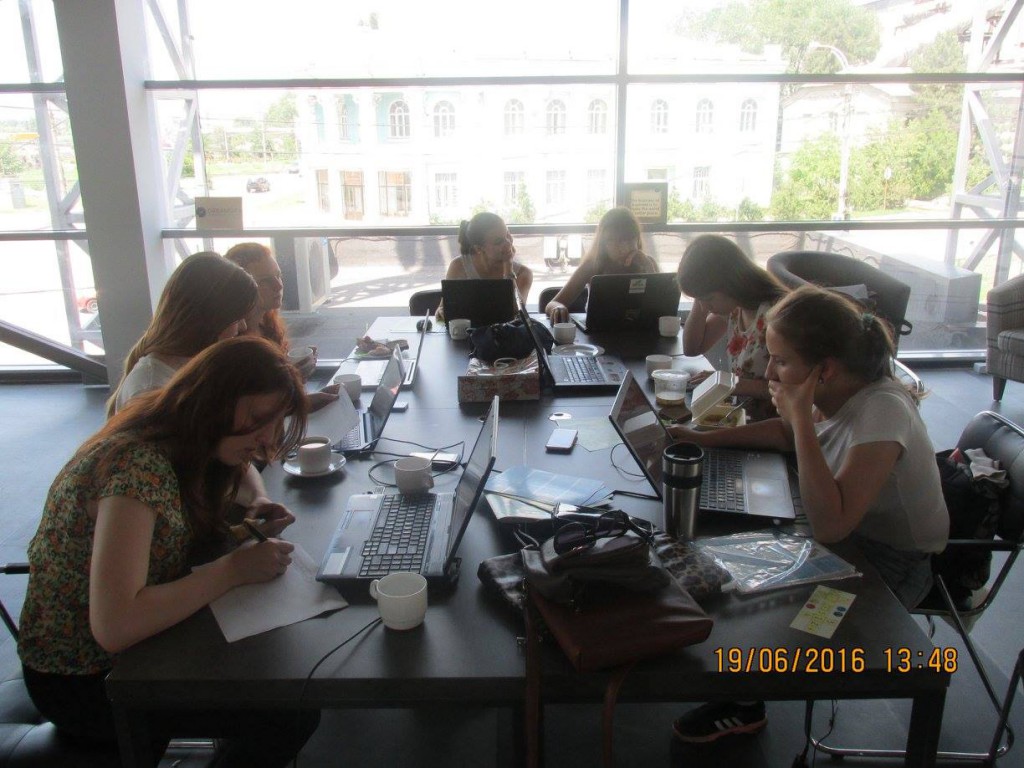 Last year English teachers from six different countries (Armenia, Azerbaijan, Belarus, Georgia, Moldova, and Ukraine) participated in the first edition of “Operation P.E.A.C.E.”, where they learnt about gamification and tested some assumptions about how games work and how people experience fun from playing games. The teachers brainstormed some concepts of games, playtested them, and presented them to each other. As a result, five types of social board games were created. Read more about it in our blog post “NEW MEGA PROJECT: OPERATION P.E.A.C.E.”

The process of developing games was implemented by offering the teams to accomplish “missions” and “challenges” appearing in our MEGA Game. You can already see them posted there under the P.E.A.C.E. 2.0 Quest.