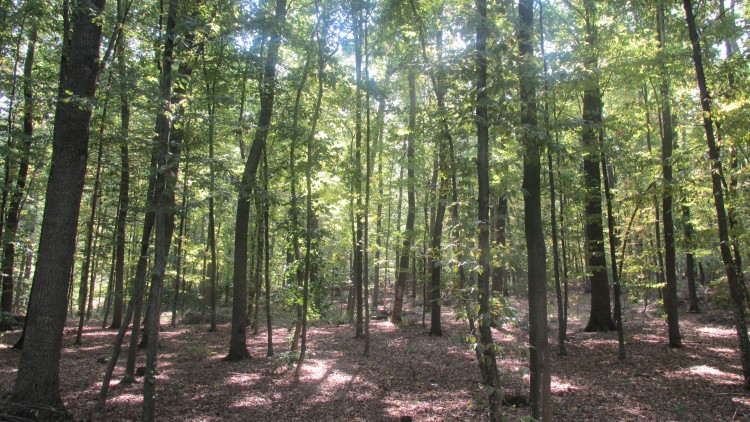 First Data and Results of the Codru Quest Study

The Codru Quest is a scientific research initiative, which emerged from the annual project of our organization, MEGA Impact Championship, organized in autumn 2016. It is now a follow-up of the Championship and a stand-alone study on economic valuation of ecosystem services in the Codru Nature Reserve and the Codru forest situated in the Republic of Moldova. 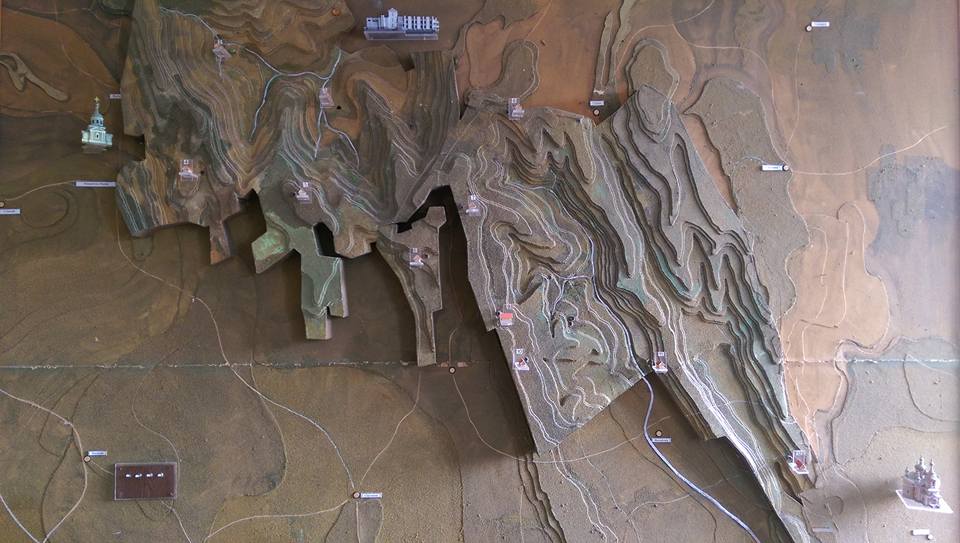 The primary goal of the Codru Quest study is to estimate and present the economic value of ecosystem services and biodiversity in the Codru Nature Reserve and the Codru forest. This value in the form of Willingness-to-Pay (WTP) data from a representative sample of respondents among the citizens of Moldova is then going be used for:

The Codru Quest is also designed to experiment with the use of gamification and IT tools for conducting economic valuation surveys. Based on the results of these experiments we intend to design and propose a solution on how to increase the response and completion rates, as well as the quality of data obtained from such surveys.

The Codru Quest is structured into several phases.

The first phase started in November 2016 and is still running these days. Within it last year 29 respondents mainly from the capital city Chisinau and surrounding suburbs were presented with a choice modeling survey – a type of survey that allows determining the WTP value of each component / attribute of a good being evaluated (in our case, the Codru forest ecosystem and biodiversity). The survey contained a number of questions / choice sets each asking to select the preferred scenario and associated monetary value choice among the three ones shown. The choices represented the business-as-usual state of the Codru ecosystem and two alternative scenarios with certain elements changed. Each respondent was expected to observe the changes and monetary value choices associated with them and then select the preferred one in every choice set. 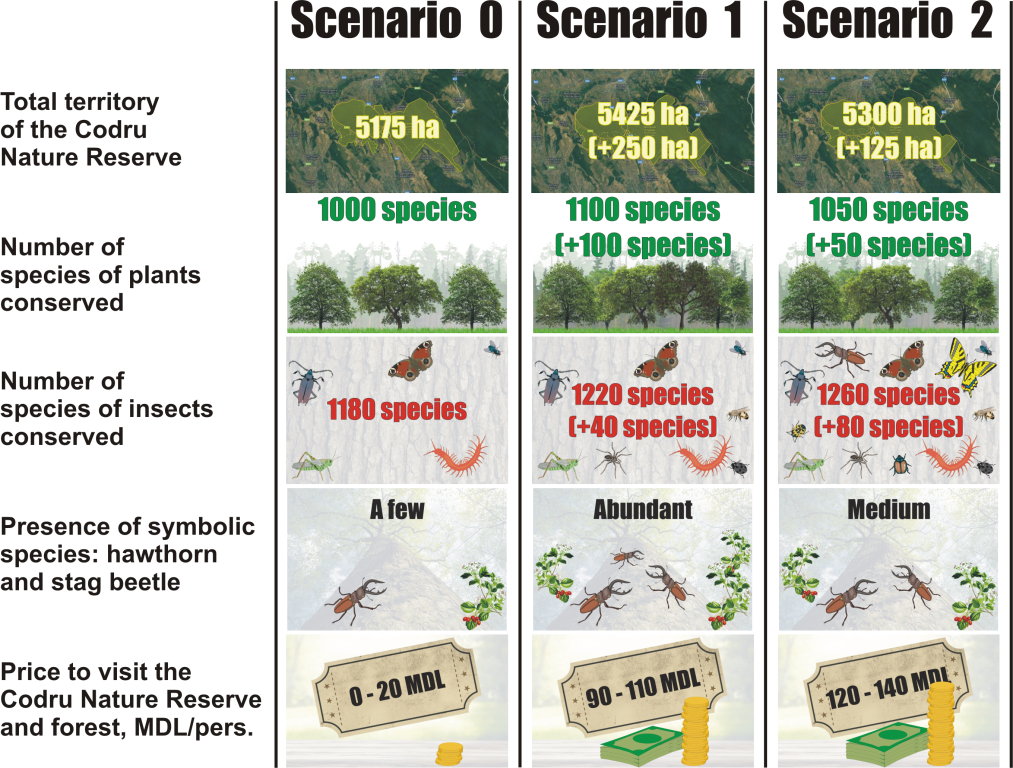 After gathering all the responses, we analyzed them and organized the summary of the first raw data into the publication below. You will not see concrete WTP estimations for conservation of ecosystem services and biodiversity in the Codru forest there. For now we just present you the basic information on how people use and appreciate the forests in Moldova and which scenarios of development of the Codru Nature Reserve and the Codru forest they prefer.

Certainly, 29 responses is not a representative sample of population. Therefore, the surveying continues with the objective of its first phase to reach 100 responses collected. After that we will analyze the data and estimate first WTP values, as well as upgrade the survey design according to the respondents’ feedback. The new survey will be released in spring 2017 to gather economic valuation data from already 384 respondents, which, according to our calculations, is a representative sample of the Moldovan population.

For now, we are most grateful to the first 29 respondents, who took the challenge of testing our current survey and completed it. If you are one of them, stay tuned for updates from our side on whether you are one of the lucky winners of 300 MDL or 300 XP points to spend in our MEGA Shop. The selection will be done randomly after gathering 100 responses within the first phase of the study.

If you would like to take part in the Codru Quest study, contribute to its success, and get the chance to win the rewards, please fill in the survey below and submit your answers. We are grateful to you in advance!

The Codru Quest is being realized with the support of the Rufford Foundation, Danubius Young Scientist Award 2016 offered by the Austrian Federal Ministry for Science, Research and Economy (BMWFW) and the Institute for the Danube Region and Central Europe (IDM), Klaus Toepfer Fellowship programme delivered by the German Federal Agency for Nature Conservation (BfN), Spark Research Labs, and the Codru Nature Reserve.

Tagged In:MEGA-MEGA Impact Championship-Moldova-Project-Research-The Codru Quest-values
A training in Kyrgyzstan MEGA at the UNESCO Week for Peace and Sustainable Development